Green Economy for the Future’ business seminar made its debut

The 14th IPM DUBAI and 11th WOP DUBAI were held at the Dubai World Trade Centre from 12 to 14 November 2019. Over 5,100 trade visitors were treated to product displays from more than 200 exhibitors, in fields including plants, technology, floristry, equipment, fresh produce, logistics and transport. The most important green trade fairs of the Gulf region reported a high level of international interest. For the first time ever, the accompanying international business seminar ‘Green Economy for the Future’ was also held at the same time.

The IPM and WOP DUBAI featured exhibitors from 35 different nations, including just 13 countries with an official national pavilion: Bulgaria, China, France, Greece, Indonesia, Italy, Japan, Moldova, Morocco, Poland, Rwanda, Taiwan and the Ukraine. Both Bulgaria and the Ukraine used the platform for the fruit and vegetable trade in the Arabian Gulf to market their products for the first time. Japan also made its debut, showcasing bonsai trees alongside high-quality cut flowers and demonstrations of Ikebana, the traditional art of flower arranging. The Japanese live floristry display went down particularly well with the public. Assisted by the Polish Embassy in Abu Dhabi, Poland invited visitors to a seminar as part of its export promotion programme ‘apples from Europe’.

Many of the local retailers returned to WOP DUBAI as exhibitors this year, some having attended as visitors in the previous year. Under the umbrella of the Fruit and Vegetable Traders' Group – an alliance of the largest suppliers of fresh produce in the region – the companies exhibited at a joint stand and were featured again alongside local giants such as Al Bakrawe and Elite Agro.

Visitors were impressed by the quality this year. Buyers, decision makers and government officials in particular were among those visiting the fair. One particular highlight was the visit by the Environment Minister for the United Arab Emirates, His Excellency Ahmed Al Thani Zeyoudi.

Green Economy for the Future

The question of how to accomplish change in a region successfully was a central them addressed in the ‘Green Economy for the Future’ business seminar at IPM Dubai. The seminar was organised by the Essen Economic Development Agency (Essener Wirtschaftsförderungsgesellschaft mbH – EWG), in cooperation with Messe Essen and the German-Emirati Joint Council for Industry & Commerce. A delegation led by Lord Mayor Thomas Kufen took a leading role, with the aim of promoting transnational entrepreneurial cooperation. Among the international speakers were Andreas Kipar, CEO of LAND Germany GmbH, Katharina Didszuhnof the German-Emirati Joint Council for Industry & Commerce, Pierre Samaties, Managing Partner & CEO of innogy International Middle East, and Andre Boschem, CEO of the Essen Economic Development Agency.

About IPM and WOP DUBAI

IPM DUBAI is the only trade fair in the Gulf region to house exhibitions in the fields of plants, technology, floristry, garden equipment, logistics, plant care, horticulture and landscaping, all under one roof. As such, it provides the most important platform for the green industry in the Middle East. WOP DUBAI (World of Perishables) takes place at the same time and provides visitors with other synergistic benefits. Here, the focus is on trade and marketing of fresh produce such as fruit and vegetables and associated logistics. 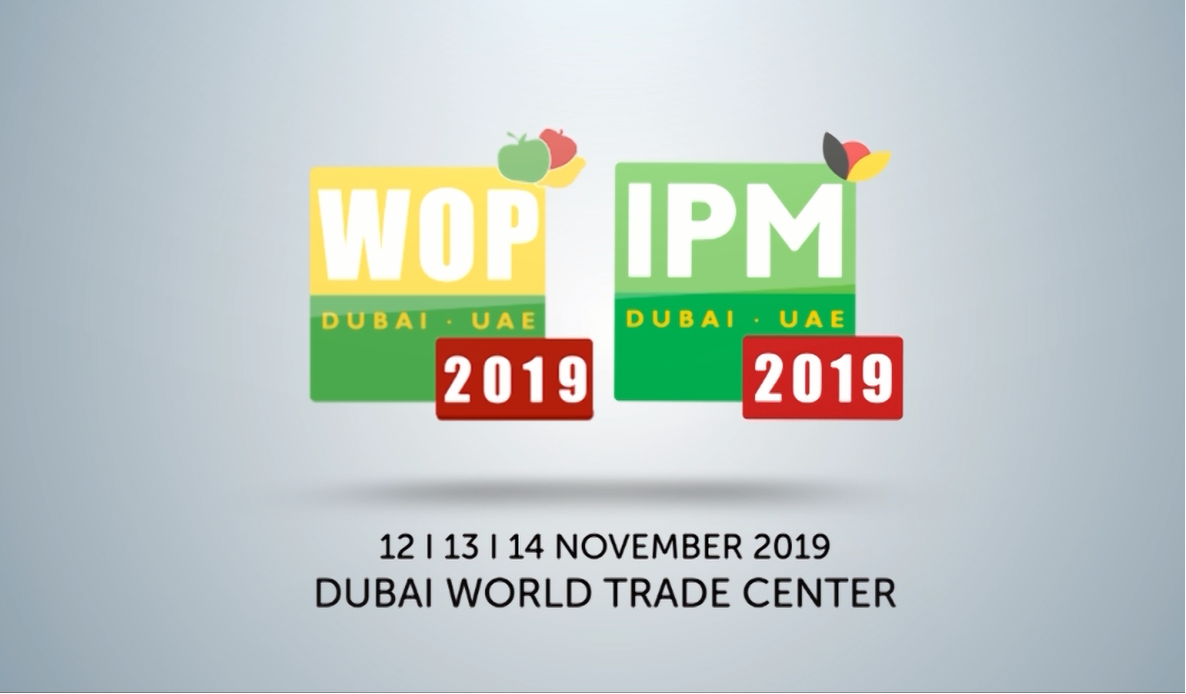 We look forward to having you exhibit at IPM DUBAI 2020!

Find out what happened at our last edition.
2019 was yet another year of reassuring success and confident growth at IPM DUBAI, the best platform for Horticulture in the Middle East.

Get more information about the show at the IPM DUBAI 2020 Brochure.

An event organised by: